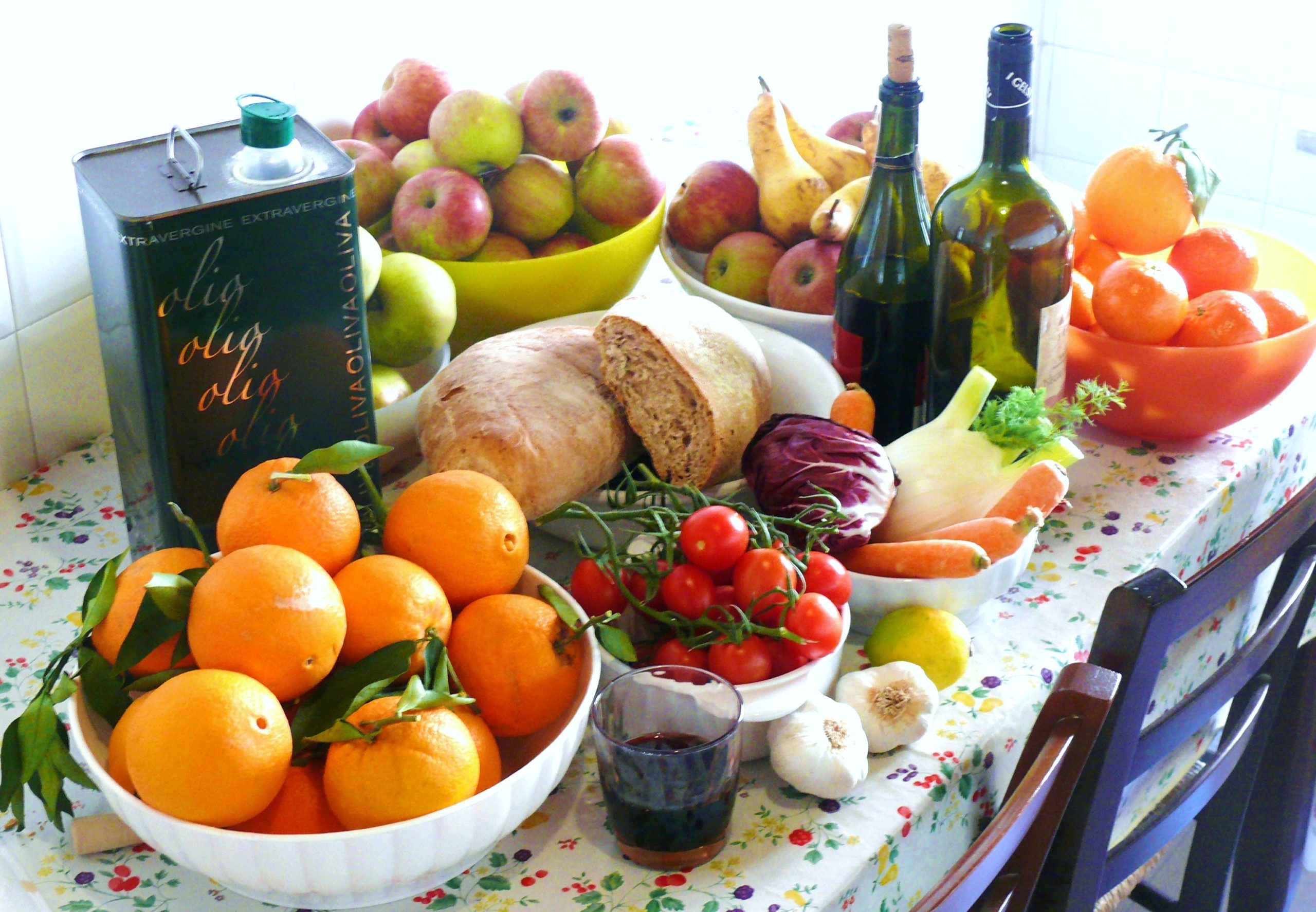 Sicilian cuisine is closely intertwined with its historical, religious and cultural events. It is an art that has developed since ancient times and the various invasions has been enriched with new dishes and flavors. One of the most interesting notes to underline is certainly the fact that even today we prepare and serve recipes of ancient origin on the Sicilian tables. Food is something that the Sicilian people have in common. e are talking about a kitchen that is in any case complex: because of the influence it has undergone, but also current and above all exported to many foreign locations given to the phenomenon of emigration.

Today as yesterday, little has changed at the table

Today, much more than in the past, Sicilian cuisine lends itself, together with the production of wine, to real food and wine tours to discover aromas and flavors which has its roots in a very distant past but which overwhelmingly re-emerges. Very marked and contrasting colors and flavors characterize the Sicilian cuisine. We can call it a “scenographic” kitchen that strikes the eye first and immediately after the palate. Needless to say, that thanks to its mild climate, Sicily abounds with raw materials such as almonds and pistachios, oranges and lemons, olives. We often use aromatic plants such as oregano, mint, basil and rosemary for the preparation of daily dishes. A separate and no less important chapter is street food. Here in Sicily is a real and proper way of understanding the relationship with food.

Arancino: The King of the Street food

It is with the “Arancino” that it finds its maximum expression. A rice ball modeled in spherical or conical shape, breaded and fried. In the classic version has two variants: white, with butter, and red, with meat sauce and peas. As said, in Sicily we take food seriously; around the Arancino there is a debate that has always lasted: in Catania we call it “Arancino” (male and pyramidal in shape) and in Palermo they call it “Arancina” ( female and spherical in shape).

Ice Cream and Granita, sweet and fresh and it can’t be missed

Did you know that even the famous ice cream has Sicilian origins? In fact, during the Arab domination the sorbet was prepared, which was then called “sherbet”. The Arabs who dominated Sicily at that time used to mix fruit juice with Etna snow! We can therefore say that it is the ancestor of homemade ice cream. The “sherbet”, today called “Granita” is one of the typical breakfast in the Sicilian tradition. Accompanied by a soft brioche (sweet bread) is the Sicilian breakfast for excellence. It is a sorbet that is produced in various flavors. The most famous is certainly the almond one, but the flavors range from pistachio or chocolate to fruity flavors such as peach and strawberry, and finally the more traditional lemon flavor.

Tasting granita is a must!… then you also have cannoli, the Sicilian cassata and dishes based on fish and meat. There is something for all tastes!

Immerse yourself in this journey of flavors and tradition.

Autumn on Mt. Etna with friends! @barbapaolo_ #i

Let us guide you to discover the secrets of the vo

When you mention you are going to Sicily, people w

While today the Oasis of Vendicari may be a home e

Ready to discover the world of a vineyard and all

"We cast a shadow on something wherever we stand,

We are looking forward to showing you all our beau

After years and years of studies, technologies and